Two years ago, even before you announced candidacy for the president of United States of America, I lived in a little village of western Nepal, where I shared kitchen with a Peace Corps volunteer from your country. I explained to him why I felt lucky to have been born in Nepal, as ours is a country still in making and our opinions and actions can make a difference in shaping its future. Unlike USA, where a system already in existence is so concrete and rigged that it is impossible for a common man’s voice to be heard.

Rigged in a sense that elections, federal or presidential, cost lots of money and are paid for by the groups with special interests. These groups, who represent the top ten percent of America’s economy, who are worth as much as bottom ninety percent, have such a favorable system in place that they get richer everyday while ordinary people struggle to place decent meals in their plates, let alone affordable healthcare or higher education for their children. Most of the new income goes into the pockets of top one percent. Fifty percent of those that manage to go to colleges come out in heavy debts. Out of three black kids, one has a lifetime chance of getting into prison. Veterans do not get basic health services.

Wall Street that helped create the financial crisis of 2008 was bailed out by taxpayer’s money, because it was ‘too big’ to fail. Only that it emerged through the crisis 8o percent bigger, while millions of Americans lost their jobs and houses. Because Wall Street contributes hefty in election campaigns. So do fracking fossil fuel companies and climate change becomes a nonissue. NRA pays, so they do not talk about gun control. Pharmaceuticals are okay to sell drugs at prices hundreds times higher than production cost. Corporations can outsource works, evade taxes, and underpay. As long as they donate to the super PACs.

I did not believe there was a maikelaal who could challenge such a sophisticated system.

But you proved me wrong. A rare social democrat, you have managed to contest this nomination depending entirely on the money raised through individual donations, from person to person. Who could be voice of a common man, if not you?

At 71, you are the oldest candidate ever to stand in US presidential elections, ironically the one with most progressive, borderline radical, ideas. And this has appealed to the younger population, so much that you have won the majority of votes of people aged 45 or younger, in every state contested. This is a big leap from generation who grew up reading ‘Animal Farm’ in their high schools. Now they have flirted with the idea of socialism.

A Jew that can criticize Israel

Jews are the most persecuted community throughout history. But Israel’s recent responses to Palestinian aggression have been way too disproportionate. Killing hundreds of children in Gaza, destroying schools and hospitals to retaliate misfiring Hamas rockets is not fair. Most US politicians see this as Israel’s right to defend itself, but you call spade a spade. Treating Palestinians right, with respect and dignity is the primary step in attempting to solve this chronic conflict.

Why do I care?

Why do I care if Trump builds walls or Bernie makes bridges?

I see things happening in this world that are beyond my comprehension. Hundreds of girls get kidnapped in Nigeria, we can’t do a thing about it. I don’t understand, why. Why can’t we stop thousands of European fighters, the likes of Big Johh from flocking to Middle East for Jihad, or stop them from coming back with terrorist intents and skills? Why thousands from North Africa embark a treacherous journey to Europe in little boats, to drown, to end up in destitute camps in places they are not welcome, or simply get sent back? Why can’t we make their homelands safer and livable?

Proxy wars between big nations fought in poorer countries, cost hundreds of lives every day, unmourned and unnoticed, while we je suis Charlie in most poignant way, is in itself very poignant. European and American lives should not be worth more than that of a Syrian, or a Rohinga, or a Libiyan.

The burden of world peace lies in the shoulders of world leaders. Now the time has come when these leaders of conflicting interests sit down together and make a commitment on common values, not necessarily democratic, but based on principles of humanity and fairness. And actively pursue those agenda- strategically or militarily. We have to dismantle wrong governments, belligerent groups and radicals, who have thrived on conflicts. Terrorists may hide and run but what about the factories that make weapons?

In response to the recent Orlando shooting, you said it was more of a problem with lack of gun control, than radical Islam. I totally agree. Applying same logic, modern terrorism is more a consequence of easy and perpetual availability of weapons of war than religious fanaticism.

Changes do not come from barrel of guns

My country had a decade long civil war, bloody and devastating at many levels. It was for a change, they said but we live essentially the same life. Same crooked leaders, and same crappy living situation.

We saw Arab spring. From Tunisia to Libiya to Egypt to Syria. These recent conflicts have made lives much more miserable for the people than it was already.

But you have started a revolution in USA, effectively challenged the establishment and proved that voice of a common man can be heard, without hurting a soul. Changes come when educated, young people decide that the existing system is not working and not destroy it by force or conflict but by simply challenging it and forcing it to change. That seems like a very good idea. Lets call it Bernism.

Hillary Clinton would not do very bad as a president herself, now that she has engaged herself in the dialogues of equality and righteousness. But she when it came to the question of minimum wage, she was happy with 12 dollars an hour. You demanded 15. That sums up the difference.

(This article was posted in this blog when democratic contest for presidential nominee was still on, was taken down temporarily with hopes of publication in some national daily- that they wanted a fresh article. But they failed to do. And the article is back in its rightful place)

You are my bye bye-

Couldn’t quite do it

You make the background of all I do,

You are the constant music in my head,

You got me hanging by my neck, baby

Till I drop down dead.

Element of my own desire,

you are my funeral pyre,

You numb my senses,

And kill my wit,

Baby, you are a bad habit,

I really need to quit. 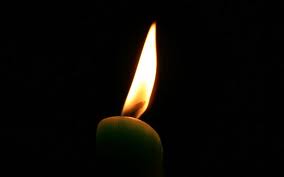 Relaxed, maybe good for blood pressure. But how about life?

How about in your prime, when you are young and strong? You are relaxed with your situation- very much comfortable with it. 8 hours of loadshedding a day, noise, pollution, crappy leadership in the country, mis-judged policies. Hooliganism and anarchy. Injustice. If you are relaxed and do nothing about it. Then your situation is not going to change, you have to speak when you need to, fight when you need to stand up against something. (my)Old saying- it is more difficult to be on the wrong side- they might look intimidating- but they can’t fight. Because righteousness is always a bigger sword.

So don’t shy from confrontations- for there will always be. Problems don’t solve by itself, they need to be nailed down. And you can’t depend on anyone else to solve your problems. You got to do it on your own.

No that takes time too. And effort. I am at a situation where I need all my efforts to be best placed to my studies, so I can specialize early enough, make good money by 40s and then do what I want to do for the rest of my life. Most of the people would end their life at what I want to achieve at forty. But I want more- much more. My dreams don’t end with good house, cars and family. I want to get into politics, I want to write, I want to make the difference that I believe in. For that I need a base- to know that I have done for my family- made enough money to live by comfortably. Because getting into politics is a slow process. It will undermine my existence at first, they will all downplay my capabilities. I might even implode. So it’s a survival strategy- that I earn first. Become filthy rich. I am not going to ignore my family’s needs and put the country first. Yes, I do have big plans for the country. But I don’t believe in sacrifices. I don’t agree with bigger the sacrifice, bigger the difference. I will (okay, say selfishly) do with my personal priorities first. I am not a selfless hero.

Thus, I have to stop procrastinating now. I have been in an intellectual coma for a very long time. I have to come out of it. Be alive. For the time, is passing by. And if I don’t build a foundation for my future now my dreams would never realize. If not for dreams, what is there to keep living?

About love, I have loved. Truly, most wonderfully and most sickeningly. It would not be something entirely missing in my life. Though I miss being in love, I can’t afford time to cajole one. So, I will put that in my ‘in a while list’.

I have a long way to go. And fast. So I need to work hard.

Woods are lovely, dark and deep

But I got promises to keep

Miles to go before I sleep.

Miles to go before I sleep.

I missed you for so long,

It was not you that I missed.

Or the lover You were

But I missed the Love

and that Love was,

You were but, a mirror-

where I could see

reflection of my own affection.

Where you existed in me,

is a vacant space now-

but that doesn’t make you irreplaceable-

a hand needs a glove

and a dove needs a dove.

brought to You bY ;)